By Delon Porcalla – The Philippine Star 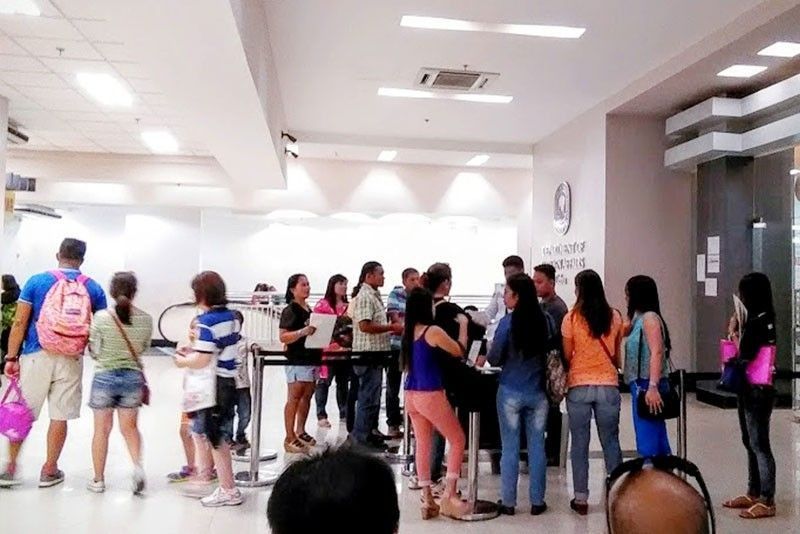 “Investors are bullish on the country’s economic prospects, as shown by the steady climb in both committed and actual foreign direct investment inflows. We can be assured of this continuous rise in FDI once we fully implement soon enough the EODB Law,” Rep. LRay Villafuerte said.

The Department of Trade and Industry should immediately release the implementing rules and regulations of the new Ease of Doing Business Law that President Duterte signed, which is aimed at enticing foreign investors to pour investments into the country.

“Investors are bullish on the country’s economic prospects, as shown by the steady climb in both committed and actual foreign direct investment inflows. We can be assured of this continuous rise in FDI once we fully implement soon enough the EODB Law,” Rep. LRay Villafuerte said.

The Camarines Sur congressman, one of the authors of the new law, Republic Act 11032, likewise expressed full support for Duterte’s plan to create a new department that will deal with investors.

He said the creation of a new department would send a “loud and clear message” to the investor community that Duterte is 100 percent committed to improving the ease of doing business in the Philippines.

Duterte bared plans for a new department to deal with investors’ concerns during his week-long state visit to Israel and Jordan, where Villafuerte was a member of the official delegation.

According to the Bicolano lawmaker, this is in line with Duterte’s goal of sustaining the inclusive growth momentum by boosting FDI by creating more jobs for Filipinos.

Villafuerte said creating a new department that will be in charge of investors’ concerns – as planned by Duterte – would give a tremendous boost to the EODB Law and sharpen the Philippines’ competitiveness as an investment destination in the region.

‘Ease of doing a game changer’

Duterte’s signing of the Ease of Doing Business Law will definitely be a game changer in the industry that will eventually attract more foreign direct investments into the country, a senior administration lawmaker predicted.

“This will definitely be a game-changer for the country,” Rep. Gus Tambunting, one of the co-authors of RA 11032, said in reference to the law’s significant reduction of time through which national and local permits will be processed.

The chairman of the committee on games and amusement of the House of Representatives has likewise expressed the belief that the law will be beneficial to both local and foreign enterpreneurs, for the business industry in particular and the country in general.

“It is about time that we play catch-up with our ASEAN neighbors,” the Parañaque congressman emphasized. “I am elated that this very important piece of legislation has been signed by President Duterte.”

“More businesses coming in will mean additional available jobs to our Filipino jobseekers throughout the country,” Tambunting said, adding this will definitely help attract more foreign direct investment to the country, by eliminating redundant regulations.

Quoting a recent World Bank Report, the administration lawmaker – who also sits as vice chair of the House ways and means committee – lamented the poor ranking of the Philippines among the members of the Association of Southeast Asian Nations in terms of ease of doing business.

“In number of procedures to start a business, we have 16 compared to six for Laos and Thailand, and three in Malaysia and Singapore,” Tambunting explained, comparing the country’s business procedures with its Asian counterparts.

Registering a real estate property in Indonesia and Vietnam, according to him, only takes five steps as against nine in Manila, four in Singapore and Laos and three in Thailand.

“On paying taxes, the Philippines has 36 payments which is close to that of Myanmar, 31, and Brunei, 27 payments. It is almost three times that of Malaysia, 13, and more than seven times that of Singapore, five payments,” Tambunting said.??

“Its objectives are to minimize regulations in securing licenses, clearances and permits on business entities; to create an environment conducive for business to register, comply and operate; and to encourage foreign investment,” he explained.